As part of the Integrator Project 4 course at Polytechnique Montreal, the students were given the mandate to do the preliminary design of a firefighting aircraft. The aircraft designed must meet certain requirements that are given in the design competition of the AIAA organization. Every year, the AIAA organizes an aircraft design competition that allows universities from all over the world to prove their skills. PI4 students are strongly encouraged to participate in this competition.

The designed aircraft in this report is named Eren-415. The aircraft performance and dimensions are based and estimated with the following aircraft: CL-415,P-3 Orion and Be-200.The report first presents the project management followed by the economics, the global integration of the aircraft, the sizing and the structural arrangement of the different parts of the plane, the powerplant architecture and propulsion, the systems layout, the weight and balancing, the aerodynamics, the performance and, finally, the stability and control.

The Eren-415 is 88 ft long with a wingspan of 115 ft and is mostly made of aluminium. It is composed of two PW150 turboprop engines located close to the fuselage and above the wings. The wing of the aircraft is rectangular with a zero-sweep and a negative dihedral angle.The empennage is a cruciform configuration. The plane has slotted flaps and no slats. The fuselage is circular with a 90-inch diameter. The maximum takeoff weight of the aircraft is 87,800 lbs and its operating empty weight 40,000 lbs. The payload capacity is 39,600 lbs of fire retardant with a multi-drop capability. With 8,200 lbs of fuel, the aircraft will achieve the 200nm with payload and 2,030 nm without payload. The lift and drag coefficients during cruise flight are 0.33and 0.0183 respectively. The maximum lift coefficient reached at takeoff is 2.25. 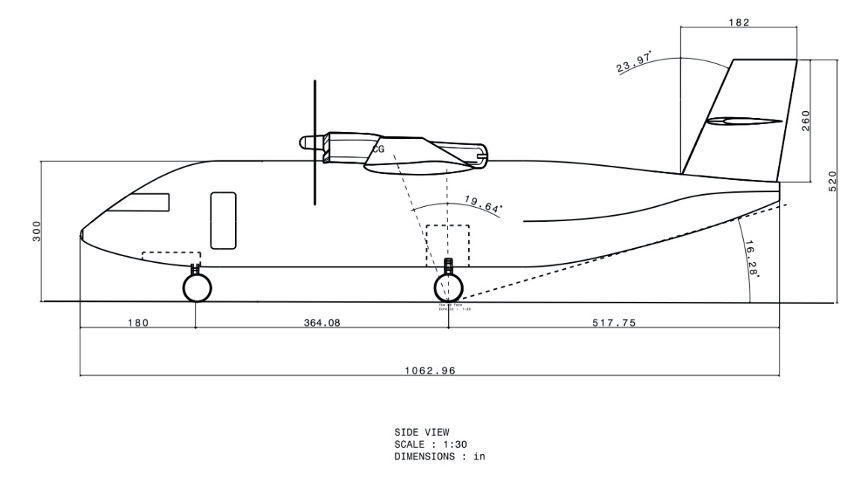 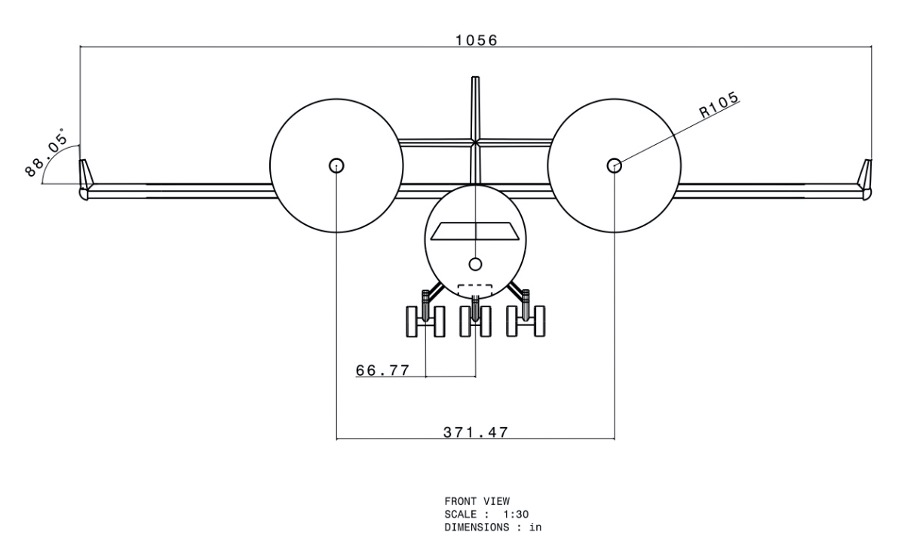 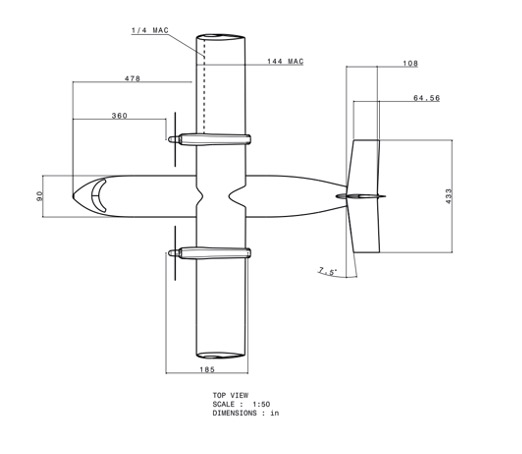 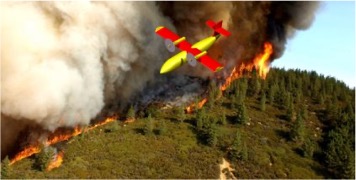